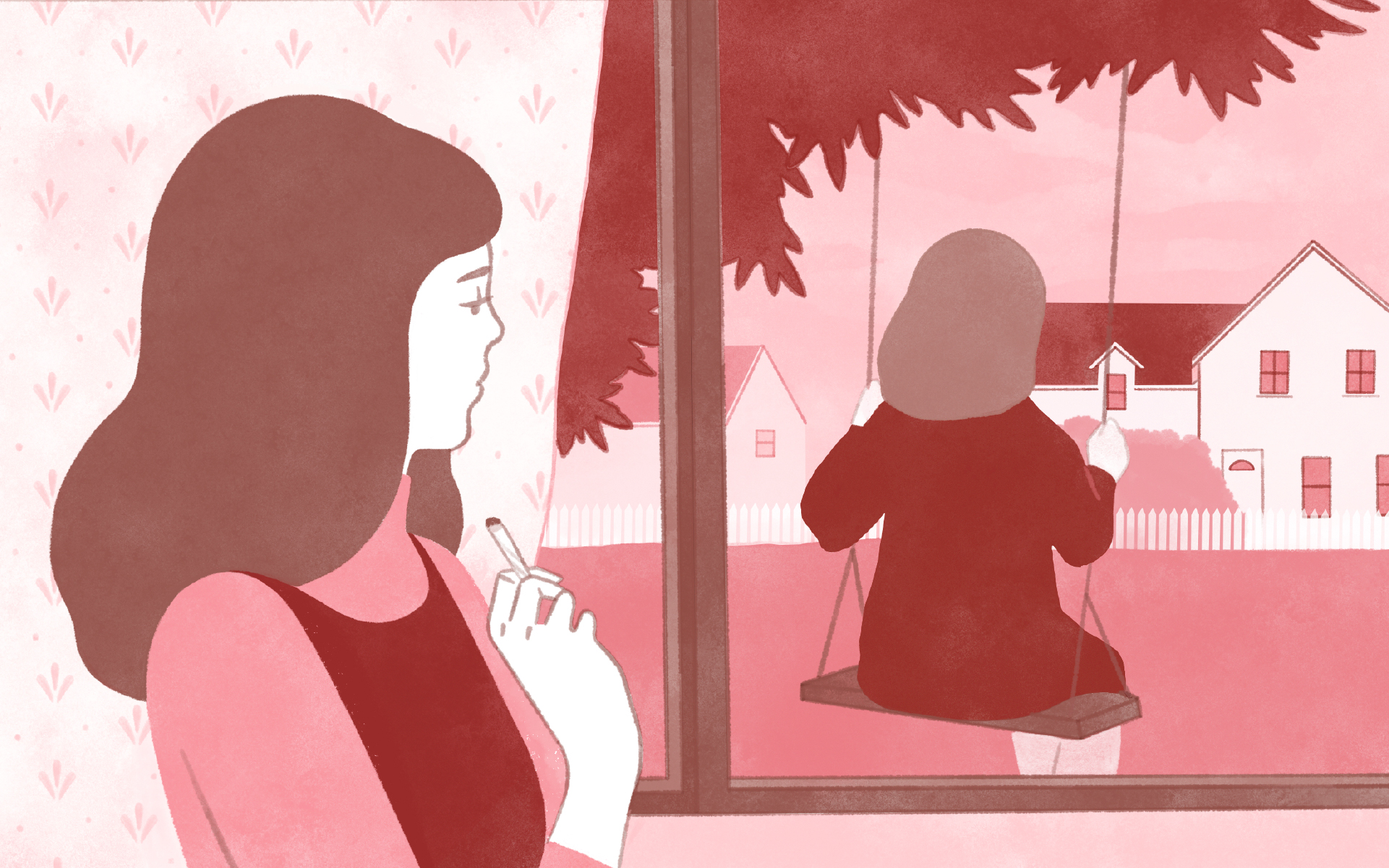 Michelle Cliffe is founder and CEO of Stashie, a designer stash label company. Tabitha Fritz is co-founder of The Green Tent, an organization aiming for gender parity on cannabis company boards, and Irie Selkirk is its CEO. Andrea Dobbs is co-founder of Vancouver’s Village Bloomery dispensary, and Gill Polard is publisher of cannabis lifestyle site The Her(B) Life. Finally, Virginia M. Vidal is founder and CEO of infused tea company Mary’s Wellness.

Between them, these six formidable mamas are raising 20 children and one grandchild, all between the ages of three to 32 (that’s eight sons and stepsons, 12 daughters and stepdaughters, and one granddaughter, for the record).

Here are their tips for safe cannabis consumption in the home you share with kids.

Although she’s a cannabis pro now, Andrea Dobbs didn’t consume when her kids were little, but her husband did. Initially, Dobbs’ asked him to hold off on smoking until after kids were asleep. “At the time, we didn’t have consistent access to strains that were ideal,” she says, “For me, the risk of having a partner who was either slightly anxious or absolutely couch locked was too challenging. I needed a partner who could engage and support, and my husband was agreeable to that. ”

“Any time you can arm your kids with truthful, accurate information about their bodies, the world around them, and the way those two things interact, you’re giving them more power in their own life.”

Although she’s open with her kids about cannabis, Michelle Cliffe often waits until they’re asleep, or not looking, to puff on her vaporizer. “If my anxiety is flaring up, I consume cannabis when the kids are awake and with me, but I’m discreet about it mostly because I don’t want them to know that I’m anxious and worry about me,” she says.

With so many ways to consume, and even more reasons for doing so, you’ll have to figure out what works for your family, but it’s a good idea to consult your partner or co-parent, if you have one, and decide together when, where, how and how often you’re cool with consuming at home.

When the Kids Are Ready, Talk About It

Without exception, the moms on our panel advise having open and honest cannabis conversations with your children. Discuss it matter-of-factly, and, like Facebook, your kids may perceive cannabis as just another boring thing old people like.

“Information is key: any time you can arm your kids with truthful, accurate information about their bodies, the world around them, and the way those two things interact, you’re giving them more power in their own life,” says Tabitha Fritz. “ You’re empowering them to understand themselves and their place in the world, and you’re giving them the knowledge and power to make the best decisions for themselves, which is really what good parenting is all about.”

Not sure where to start? “I suggest every parent checks out the Canadian Students for Sensible Drug Policy toolkit,” says Irie Selkirk. “It is an invaluable tool for talking to your kids about cannabis.”

“It’s in a parent’s best interest to educate and childproof,” says Virginia Vidal, a sentiment echoed by the other moms.

It’s pretty simple, says Gill Polard: “If you don’t want your child to get into it, lock it up, put it up high and explain to them that they can’t touch it. Explain why, tell them it would make them feel sick or odd, that it’s only for adults.”

Safe storage is particularly important if you buy or make cannabis-infused foods. Fritz stores hers in a safe. “I think that edibles are probably the most attractive kind of cannabis to consume for kids and teens,” she says, “so I recommend taking away the temptation altogether.”

Smoking Up? Consider Your Words Carefully

Cannabis is a trickier conversation if joint tokes or bong hits are your jam, because kids these days know that combustion is unhealthy. They’ll probably want to know why you choose this method, and you should tell them. Remember: your goal is not to justify your habit, it’s to offer a model of how grownups analyze risks and benefits in complex situations.

Although she doesn’t smoke, Cliffe takes a similar approach. “I’ve explained the distinctions between smoking and vaping to the kids,” she says, “but I’m also honest about the fact that vaping still isn’t great. I justify it by explaining that ultimately I use cannabis to keep me well, and that I use it in small amounts which minimizes the risks.”

For Selkirk, it’s important to distinguish between tobacco and cannabis. “I have [smoked in front of my kids] before and it gave us an opportunity to talk about the science behind smoking and why chemical-laden tobacco is not an option,” she says. “We know that it is a bronchial and vascular dilator and that it affects the lungs differently. For me, combusting cannabis in a water pipe or in a joint is a convenient way to consume without committing to a longer edible experience.”

Ultimately, if you’re worried about your kids’ perception of smoking, and can’t find the right words, the easiest solution is to consume your cannabis another way, or save those spliffs for when they’re not around.

Like all mind-altering substances, cannabis warrants a good think and some basic safety considerations, but unless you’re dealing with personal or family addiction issues, there’s no need to get too worked up about it.

“My kids asked when they were around seven or eight, and we were honest,” says Dobbs. “It’s cannabis.”