As a nonbinary trans person who uses gender-neutral pronouns, I face the world of cissexism and transphobia every day. I am almost always misgendered, or identified as the wrong gender, whether I’m walking down the street, buying groceries, or at the doctor’s office. When I do decide to correct strangers, I’m usually walking into a gender 101 conversation.

Not only will these tips make customers feel more welcome, they will also make workplaces safer for workers.

It’s no different in dispensaries. As a medical cannabis patient, I still face ignorance, assumptions, and gender-based discrimination. As with many other types of businesses, dispensary staff typically aren’t trained in gender 101. Additionally, nonbinary people aren’t represented much in the cannabis industry at all.

The depressing part about being a nonbinary cannabis consumer is that I often seek cannabis to help manage trauma related to gender policing. You can imagine how much more defeated I feel for seeking out something healing only to be retraumatized in the process.

There are tangible ways to make cannabis more accessible to nonbinary and transgender people. Here are six ways to make your storefront more inclusive.

The first step to making your space more inclusive for transgender people is to acknowledge you can’t determine someone’s gender by looking at them. Traits we associate with femininity (high heels, dresses, make-up) and masculinity (beards, short hair, cologne), in actuality, don’t have a gender. Likewise, displaying one or more of these traits doesn’t indicate a person’s gender. Our society imposes gender onto bodies to make something feminine or masculine.

Like everyone else, trans people have our own individual styles and looks. Don’t expect us to look a certain way, because we don’t.

Familiarize Yourself With Basic Terminology

It’s important for cisgender people to educate themselves on gender 101 so they have a basis of understanding for developing trans-inclusive habits.

There are plenty of resources available online explaining common terms such as “cisgender,” “non-binary,” “gender nonconforming,” “assigned female at birth,” “assigned male at birth,” “intersex,” and so on. A few off the top of my head include Everyday Feminism’s Trans and GNC section, Riley J. Dennis’s YouTube channel, the Call Me They Facebook page, and Archie Bongiovanni and Tristan Jimerson Limerance’s A Quick & Easy Guide to They/Them Pronouns book. Additionally, check out your local library and see what resources they have.

It’s critical to make an effort to understand these terms on your own. For me and many other transgender and non-binary people, introducing ourselves can quickly become a gender 101 conversation, meaning that we have to do a lot of explaining just to exist in the world—which isn’t something we always consent to. Don’t rely solely on us to educate you.

Make Asking for Pronouns a Practice

Asking for pronouns is standard practice in trans-friendly spaces. When you’re not assuming someone’s gender, asking is the best way to determine how they prefer to be referred to in third person.

To change the culture of assuming pronouns, there are several ways to integrate pronouns into your workplace. Integrate pronouns on patient intake forms and other types of documents. Encourage staff to introduce themselves and offer their pronouns when greeting someone, as well as asking for customers’ pronouns. Add pronouns to name tags.

Everyone Is a ‘They’ Until They’re Not

In order not to assume anyone’s gender, make it a routine practice to refer to someone as “they”—a gender-neutral pronoun we use normally when we don’t know someone’s gender—until they explicitly disclose their pronouns. [Editor’s note: Yes, there’s a long, established history of “they” as a singular pronoun. It fell out of favor during the mid-20th century, and now leading lexicographers are cheering its comeback.]

Likewise, avoid gendered terms such as “hey, guys” or “hey, girl.” Although it might be a habit to use this language among people you know, such phrases can be exclusionary and isolating to trans people, because you miss the bigger picture of not fully acknowledging a person’s gender.

Bathrooms bills have accounted for many conversations about the transgender community in the media. These bills police which public restrooms trans people are allowed to use and are often used as a tool to delegitimize trans people by degrading them to the gender they were assigned at birth, as if being transgender isn’t a real identity.

To combat this balant transphobia and ensure that everyone in your store feels welcome, remove the gender markers from your bathrooms and turn them into gender-neutral ones.

Cannabis has the potential to be extremely healing for marginalized people, and that of course includes trans and nonbinary people. Many of us struggle with gender dysphoria. Many of us suffer from gender-based trauma, whether it’s childhood gender policing, sexual violence, police brutality, etc.

These are only six of many ways to affirm nonbinary and transgender people walking into your storefronts. Not only will it make customers feel more welcome, it will also make your workplace safer for workers who don’t fit within the traditional gender binary. 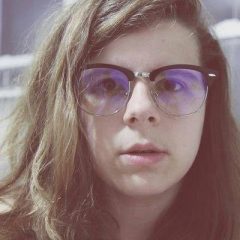