9 Cannabis Couples Who Changed the Game 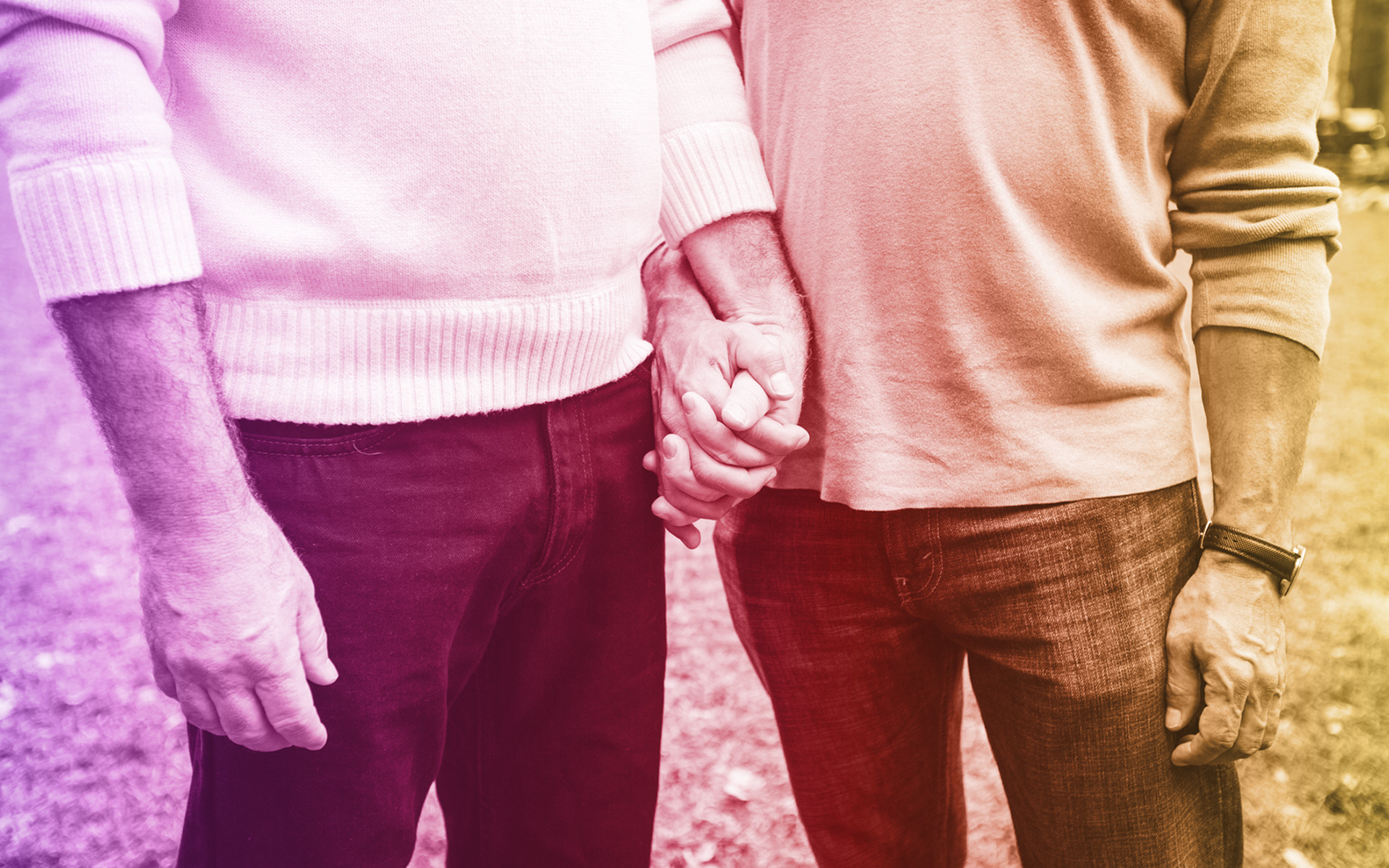 I should start by noting that I’ve been part of a cannabis couple for more than ten years. I met my wife Elise McDonough while we were both working at High Times magazine. She’s now Leafly’s NorCal Product Specialist, author of the recently published Bong Appetit cookbook, and a sought-after expert on the cannabis industry.

I’ve met a lot of cannabis couples in my time, and I do feel they’re specially attuned to each other in a unique way.

I wrote a pot book too, and I co-host a podcast called Great Moments in Weed History w/ Abdullah and Bean.

We both work from home and we both love cannabis, so there’s occasionally a pinner to pair with morning coffee, and we almost always put up the “gone smoking” sign for a bit at 4:20. Getting lifted fuels our most fun, and fruitful, brainstorming sessions. Sharing a sesh also enhances everything from cooking a meal together to doing the dishes.

To the best of my knowledge, there’s never been a scientific study of couples where both halves get high, to determine if their relationships are more honest, engaging, egalitarian, supportive, and amusing, but I do strongly suspect that’s the case. You know what they say: Couples that blaze together, stay together.

Well, not always, of course. Several of the cannabis couples on our list of game changers have since split. And a mutual interest in smoking weed certainly doesn’t guarantee a harmonious relationship. But I’ve most definitely met a lot of cannabis couples in my time, and I do feel they’re specially attuned to each other in a unique way.

Think of Carl Sagan and Ann Druyan stoned to the gills as they co-created the series Cosmos, or Bob and Rita Marley blazing a spliff before taking the stage together.

So go find that special someone and light one up in honor of these nine incredible cannabis couples who’ve truly changed the game!

A weed dealer off and on since returning from his tour in Vietnam, Dennis Peron tirelessly and fearlessly advocated for medical cannabis as a compassionate response to the AIDS crisis that devastated San Francisco’s gay community in the 1980s—including by breaking the law to supply AIDS patients with cannabis directly.

On January 27, 1990, ten SFPD officers wielding sledgehammers performed a no-knock raid on the home he shared with his long-term partner, Jonathan West, who was gravely ill with AIDS. After the raid recovered only four ounces of cannabis, one of the officers put his boot on West’s neck and taunted him with anti-gay slurs. Then they hauled Peron off to booking, leaving his bedridden partner alone and terrified.

West survived just long enough to testify at the ensuing trial. Frail and in obvious physical agony, his story moved the judge to throw out the case and admonish the arresting officers.

“Doesn’t that tell you something?” Peron recalled to O’Shaughnessy’s years later. “He lived to testify at my trial and then he let go of life…. Marijuana was the only drug that eased his pain and restored his appetite and gave him some moments of dignity in that last year.”

Stephen and Ina May Gaskin

Stephen Gaskin served in the Marines in the Korean War before he became an instructor in English and creative writing at San Francisco State College. In the 1960s, he began holding an open discussion group known as Monday Night Class where he encouraged up to 1,500 young members of the budding counterculture to honestly discuss their own experiences with cannabis and psychedelics.

In 1970, along with his future wife Ina May Middleton, Gaskin led a caravan of 60 vehicles from San Francisco to rural Tennessee, where they co-founded The Farm, an idealistic hippie commune that remains alive and thriving today.

As members of the commune began to start families, Ina May and other members of The Farm learned to serve as midwives, eventually opening one of the first out-of-hospital birthing centers in the United States. Ina May later published Spiritual Midwifery (1977), which became a classic text of the modern midwifery movement.

Throughout their journey together (Stephen Gaskin passed away in 2014), they remained vocal proponents of cannabis as a medicine and spiritual aid. In 1974, Stephen was imprisoned for a year after authorities found a small number of cannabis plants growing on The Farm’s property. Upon release, he sued for the restoration of his voting rights, a case that eventually resulted in the Tennessee Supreme Court restoring voting rights to more than 250,000 people.

His 1998 book Cannabis Spirituality recounts many of these stories while exploring the connection between getting high and accessing higher realms of consciousness.

In 1972, the National Organization for the Reform of Marijuana Laws (NORML) held its first-annual People’s Pot Conference, where he met Michelle Cauble, a harm reduction activist. They quickly fell in love, and dedicated their lives’ work to the cannabis movement.

According to Tokin’ Women, which chronicles the achievements of female cannabis activists:

Michelle Aldrich co-founded the San Antonio free clinic and the National Free Clinic Council. She was vice president for drug education at Amorphia and a US Commission on Marijuana and Drug Abuse researcher. She has served on the Drug Abuse Advisory Board for the City and County of San Francisco, the San Francisco Medical Cannabis Task Force, and as a board member of California NORML and Patients Out of Time, among many other affiliations.

At all of their speaking engagements, separately or together, the Aldrich’s never fail to rally their audience around a simple demand that’s been their shared organizing principle for nearly fifty years.

“What we want is free, legal backyard cannabis!”

Dr. Donald Abrams is now the head of oncology at San Francisco General Hospital, the same hospital where he worked throughout the AIDS crisis. After witnessing firsthand how effective cannabis could be in helping restore appetite and quality of life to those suffering with the ravages of the condition, he set out to prove via science what he’d already seen with his own eyes.

In 1997, Dr. Abrams began conducting groundbreaking clinical trials of the short-term safety of cannabinoids in HIV infection, and he remains a leading medical cannabis researcher today.

Meanwhile, his husband Clint Werner has made the latest incredible findings in cannabis science accessible to the masses through his groundbreaking book Marijuana: Gateway to Health. By writing a single volume that both chronicled the history of the medical cannabis movement and explained the latest scientific studies into the plant’s efficacy, Werner compiled a powerful case that cannabis is not only effective at treating symptoms, but also preventing diseases, while supporting underlying healing and wellness.

Wanda James and Scott Durrah like to describe themselves as “serial entrepreneurs”—together they’ve opened restaurants and started a successful consulting company. But they’re best known as trailblazers in the legal cannabis industry. In 2009 they became the first African American dispensary owners in Colorado. Then they combined their love of food and cannabis by creating the Simply Pure line of edibles.

James became particularly focused on the issue when her younger brother, just 17 at the time, was arrested over four ounces of cannabis and sentenced to 10 years of hard labor in a federal penitentiary.

James (a former Navy lieutenant) and Durrah (a retired marine) are also both deeply involved in the grassroots activism community that’s been pushing for legalization long before there was a legal industry. James became particularly focused on the issue when her younger brother, just 17 at the time, was arrested over four ounces of cannabis and sentenced to 10 years of hard labor in a federal penitentiary.

“My brother had to pick 100 pounds of cotton every day for four and a half years to buy his freedom,” she told Fast Company, “It is our job to end this generation’s slave labor.”

In the 1970s, Valerie Corral and her then husband Mike discovered that cannabis helped control Valerie’s debilitating seizures without the serious side effects of pharmaceutical drugs. In 1992, the couple was arrested for cultivating their own supply of cannabis.

After a second arrest and another legal escape, Valerie and Mike created a collective to help others facing the same struggle accessing medical cannabis.

Rather than pleading guilty, they challenged the law, using the defense of medical necessity. Prosecutors eventually dropped the case, realizing they’d never win a conviction in the liberal enclave of Santa Cruz, California. After a second arrest and another legal escape, Valerie and Mike created a collective to help others facing the same struggle accessing medical cannabis.

With the support of the local authorities, the Wo/Men’s Alliance for Medical Marijuana (WAMM) would play a leading role in the passage of California’s Prop 215. WAMM then grew into a “gold standard” model of a compassionate collective, with cannabis provided on a sliding scale.

In 2002, dozens of DEA officers raided WAMM’s garden and arrested the Corrals. Facing federal charges, they stood their ground. Two weeks after the raid, on the steps of City Hall, with the mayor of Santa Cruz by their side, WAMM distributed medical cannabis to its terminally ill members, daring the DEA to arrest them again—this time in front of a huge media presence.

When the DEA failed to show up, WAMM successfully sued the Department of Justice with help from the ACLU, creating a pivotal victory for the medical cannabis movement at a time when raids and arrests remained commonplace.

Ben Sinclair and Katja Blitchfield are co-creators and co-head writers of the critically-acclaimed HBO series High Maintenance, which follows the adventures of an unnamed pot-delivery guy as he pedals his way through New York City. Married on New Year’s Eve 2010, they began writing the first episode six months later (it premiered as an independent web series in 2013), and have since enjoyed a slow, steady climb from cult-hit, to critical darling, to huge ads on the sides of public buses and tall buildings in Brooklyn, where most of the protagonist’s deals go down.

Chris Conrad and Mikki Norris are the husband-and-wife team behind Shattered Lives: Portraits from America’s Drug War (1998), a groundbreaking book that documented in crushing detail how drug prohibition has the potential to fracture entire families.

Published at a time when few in politics or the media would consider the need for empathy and understanding towards those given long prison sentences for growing or selling cannabis, Shattered Lives—along with Mikki and Chris’s tireless effort to advocate for the families written about in the book—led to a sea change in our understanding of who actually gets busted for drugs in America, and what happens next.

Together, Norris and Conrad also published West Coast Leaf, while serving as leading advocates for cannabis legalization in California and around the world.

The largely untold story of underground cannabis cultivation is full of countless cannabis couples who’ve tended their crops together year-after-year in total anonymity. Let us now celebrate them all.

As a sort of exemplary of the group, we’ll shine a light on Nikki and Swami, who’ve (officially) been producing sun-grown, organic sustainable cannabis to the highest standards in Mendocino County, California for nearly two decades, and whose journey with cannabis goes back a lot further than that.

In the past few years, they’ve become prominent activists lobbying state and local officials to protect the rights and livelihoods of small-scale craft-focused cannabis farmers trying to come up out of the underground. While also focusing on bringing their old-school hippie values with them into the modern cannabis era through thoughtful branding and education-based public outreach.

And oh yeah, they grow incredible cannabis from seed in an organic, regenerative living soil. Their fragrant and tasty buds are harvested by hand, expertly cured, hand-trimmed, and then packaged in violet UV-friendly jars to keep all the love locked up inside.