A Year of Recreational Cannabis in Nevada: Where Does the Tax Money Go? 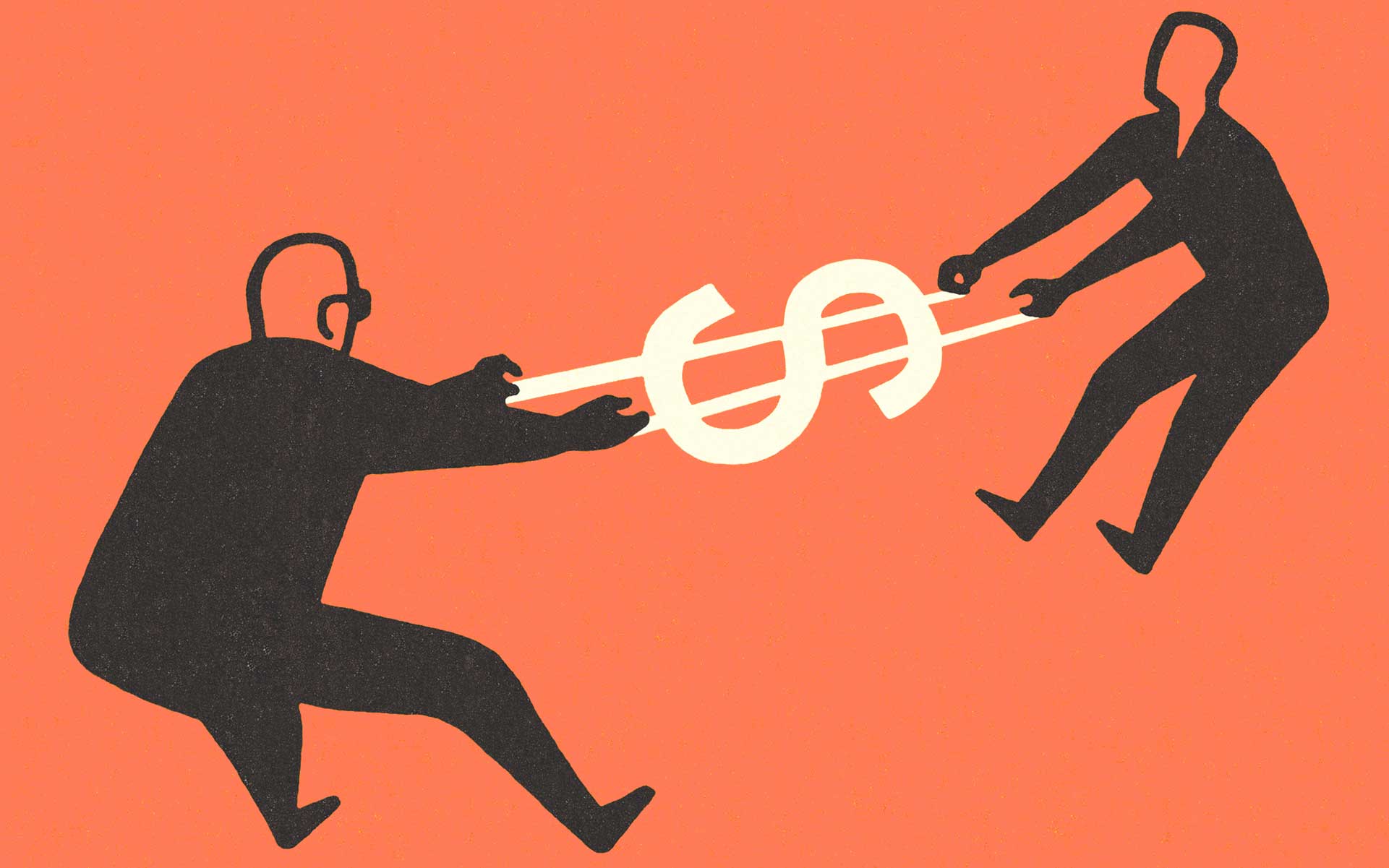 Exactly one week before he was elected governor of Nevada, Steve Sisolak was at the grand opening gala for Planet 13, a new kind of dispensary that bills itself as the first superstore for cannabis in Las Vegas. On this particular night, like throughout his entire campaign, Sisolak didn’t hide his support for the business of cannabis.

“I think this is a great industry,” the Democrat said. “It employs thousands of people. It creates tens of millions in revenue.”

Taxes are a more complicated matter. Sisolak was caught on camera saying, “One of the ways we’re going to have to pay for it, and people don’t want to hear it, is property taxes.” Despite not revealing what “it” was referring to, his opponent played the clip in campaign ads as a scare tactic.

“It’s totally out of context,” said Sisolak when questioned specifically about the ad. “Cutting, investing, prioritizing—that’s what I intend to do—but we’re not raising taxes.”

Working to the governor-elect’s advantage is a new windall in Nevada—one he can be proud of, given his approval of the blossoming cannabis economy. According to a report by the Nevada Dispensary Association, the state took in nearly $113 million in total tax revenue on cannabis sales during the first year of legal recreational use. That’s based on taxable sales of just under $530 million, covering both medical and recreational transactions.

“It’s a good start,” said Sisolak. But a question lingers — where does all that tax money go?

From Education to Rainy Day Funds: Following the Money in Cannabis

The new revenue was promised for education, helping the initiative for legal pot pass in the first place. However, an additional tax was added for another purpose along the way. So how does the first year break down?

Nearly $70 million was raised from a 15% excise tax at wholesale and a 10% excise tax at retail. Nearly $43 million more was generated by the state’s retail tax on recreational sales. Only revenue from the 15% wholesale tax is going to schools, which is $27.5 million after subtracting the costs of running the program. The additional 10% at retail, which doesn’t apply to anyone with a medical use card, goes to the state’s so-called rainy day fund.

“For every dollar spent on marijuana, 30 cents is taxes ... Alcohol, for example, is about 10%. Marijuana is the most taxed industry in the state—and in the country, frankly.”

“There’s a lot of confusion about this,” said Riana Durrett, executive director of the NDA. “That 10% was not in Question 2 (the 2016 ballot initiative that approved recreational cannabis). It was never promised it would go to education. The governor (Republican Brian Sandoval) added that 10% later. So there may be efforts during the next legislative session to reroute that to education.”

As the incoming governor, Sisolak promises to support those efforts, and commit all excise tax revenue from cannabis sales to schools. “We’re going to make sure it comes out of the rainy day fund and goes into education,” he promised. “That’s where we said it was going to go. That’s where we have to put it.”

It’s a popular position for earning voter support, but is it practical?

“While we want to fund more education, let’s not underfund the rainy day fund,” argued John Restrepo of RCG Economics, who compiled an economic impact report on the cannabis industry in Nevada. “Recessions do happen. I think we’ve all learned that. Remember, we all thought Las Vegas was immune to the laws of economics and gravity. At least that’s what we thought in ’04 and ’05. We found out by ’09 it wasn’t. So having a healthy rainy day fund is critical.”

Nevada has historically turned to its notorious vices to fill state coffers—gambling, alcohol, and now cannabis. State Senator Tick Segerblom, who was elected to the Clark County Commission in November, believes we need hundreds of millions more for education, and cannabis alone isn’t going to solve the problem. It’s a goose that can only lay so many golden eggs.

“For every dollar spent on marijuana, 30 cents is taxes,” he said. “Alcohol, for example, is about 10%. Marijuana is the most taxed industry in the state—and in the country, frankly.”

Segerblom is a Democrat who built a reputation as a fierce supporter of legal cannabis over the years. There’s even a strain named in honor of him. However, he differs with the governor-elect’s position on taxes. He says we need more.

“A hundred million isn’t much when we look at our whole budget of billions of dollars,” Segerblom said. “We’re the lowest taxed state in the country. We just don’t have enough money. We don’t waste any money. Our state employees are paid at the very bottom. The fact is, we just need to raise more taxes.”

Others complain that Nevada actually raises enough money but manages it poorly. “Nevada doesn’t have a revenue problem. It has a spending problem,” said Sam Toll, communications director for the Libertarian Party of Nevada. “Nevada is fighting for last place in the nation for educational scoring. Throwing more money at the problem isn’t necessarily the solution.”

The one thing everyone seems to agree on is that taxes on cannabis have reached the limit of how high they can go, often exceeding 30% when local municipalities tack on their piece of the pie.

Nevada isn’t the first state to turn the corner on legal cannabis by marketing it to the public as a new resource for funding education. Colorado collected more than $247 million in marijuana taxes, licenses, and fees on a record $1.5 billion in sales in 2017.

But the $90.3 million in tax revenue set aside for schools is less than 2 percent of the $5.6 billion the state budgets for pre-college level education. To make matters worse, cannabis sales are leveling off—and that’s causing tax revenue to be less than predicted.

“Colorado had too many licenses, so they had too much product,” said Durrett. “That drove prices down. So there’s case studies in all these other states we can look at and say let’s not do that.”

Nevada is already one step ahead of the game by keeping dispensary and cultivation licenses in check, effectively managing the right balance of supply and demand. NDA members are grateful for the sales so far, but still have a few worries. The black market remains a problem.

There’s a perception that, believe it or not, much of the general public isn’t aware of the current laws and proliferation of dispensaries, especially tourists from out of town.

The NDA also wants to preserve current government rules that prevent less-regulated online retailers from getting into Nevada and acting as the Amazon of cannabis, which would be catastrophic to local dispensaries. The most pressing issue—and the one thing everyone seems to agree on—is that taxes on cannabis have reached the limit of how high they can go, often exceeding 30% when local municipalities tack on their piece of the pie.

“We can’t raise taxes. We just can’t,” said John Ritter, an NDA board member, about cannabis sales. “We’re at the point where if you raise them any more, not only will we not be able to survive, but we’ll just push more and more (customers) to the black market.”

The key in the long run is one important asset that Nevada has, but no one else does: Las Vegas. The entertainment capital of the world is quickly adapting its image to include a new wave of cannabis tourism.

Between legal sales, Planet 13 reinventing the image of dispensaries, and attractions like the Canabition pot museum, Sin City is in a unique position to market marijuana to the millions that visit every year—and take in even more of those tax dollars.