Let’s say you have to spend a night or two in Toronto. Wouldn’t you love to spend them in a luxurious condo in a vibrant, centrally located neighbourhood with great amenities like a top-notch gym, laundry facilities and even a well-liked food court downstairs? Let’s also say that it also offered a “cannabis concierge”—someone who can hook you up whenever you want—and competitive prices.

That’s the concept behind Cannabis Air, which bills itself online as the “world’s first cannabis hotel.” It even has a phone number with 420 in it and a logo that features a guy happily asleep on a cloud, presumably of smoke. But, as the old adage goes, if it sounds too good to be true, it probably is.

Try to check in to Cannabis Air and you won’t get very far. The company’s representative told Leafly that the hotel isn’t open yet; but the situation is more complicated than that.

If you’re thinking it’s a traditional hotel, you’ll be disappointed. There’s no sign, no check-in desk, none of that. Cannabis Air is more like an Airbnb. That would be cool, but the problem is that while the location is enviable, it’s also a big problem.

Cannabis Air’s address is 53 McCaul Street, which is also the address of the Village by the Grange, a large condominium complex in Toronto’s Queen West neighborhood.

Like all condominiums, the Village by the Grange has its rules—and one of them (Number 39) forbids the use of any unit as a business that allows access to the public and the short-term rental of any unit. It even mentions “companies such as Airbnb or similar business enterprises” specifically.

Still, residents of the Village by the Grange tell Leafly that it’s an open secret that many people rent out their units for short-term stays. The status quo appears to be that if it’s not a problem, nobody’s going to do anything about it. And as any Torontonian knows, there’s always a little leeway with that sort of thing. Like, if your lease says no dogs, you can still have one as long as it doesn’t generate any complaints. That’s not the case with condominiums, though. “The condominium has the right to pass rules that promote the health and safety of its residents,” Richard P. Hoffman, an attorney with DelZotto Zorzi and an expert on condominium law, told me. “And enforce them.”

Should a condominium find someone in violation of their published rules, their first move is to send them a letter telling them to cease and desist. If they ignore it, they can get a lawyer like Hoffman to send them a second letter. “And now they’ve got to pay my fee,” he said. After that, they can have their keys revoked, their fobs deactivated or their locks changed. And, if the owners don’t pay the legal fees incurred, that bill can be made into a lien against the property. If that lien gets big enough, the condo can be repossessed.

Short-term rentals have been a very hot issue in Toronto.

Operators of traditional hotels say they are stealing their business, housing advocates say that they are eroding the housing market as investors buy up affordable housing to make room for them and many Toronto residents have complained that such residences often become “party houses,” in which short-term renters throw wild parties, much to the chagrin of their neighbours. The issue became much more pressing in May after 26-year-old Kevin Prempeh was shot and killed in a party house in Kleinburg that he and his friends had rented through Airbnb.

But all the talk has yielded very little in the way of action. “We were working on a set of rules,” said Carleton Grant, Director of Policy and Strategic Support; Municipal Licensing and Standards for the City of Toronto, “but they were stayed for a year—we won’t have anything before August 2019.” That essentially makes the short-term rental market in Toronto a real estate version of the Wild West, although the city can act if prompted. “If there are complaints,” Grant said, “we can send out an officer.”

But there don’t have to be complaints for a condominium to take action against unit owners. According to Hoffman, all they have to do is pick up the phone. “Building managers check the ads to see if people are renting out their units,” he told me. “They know, especially when they see people showing up with suitcases.”

Interestingly, in a situation fraught with legal problems, the inclusion of cannabis is not really a significant issue. “I’m surprised they don’t already have a rule against cannabis use,” Hoffman said. “Lots of places do now.” He did offer, however, his opinion that cannabis doesn’t attract a party crowd like alcohol does.

One resident of the Village by the Grange did tell me that there is a section of the complex that “smells like weed all the time,” but admitted that most of the residents keep their use of cannabis to themselves.

Gordon Weiske, Executive Director of Entertainment of Cosmo Catnip Productions and spokesperson for Cannabis Air, told Leafly that he wanted to reserve any comment until Cannabis Air’s official launch, which he indicated would be early in the new year.

Similarly, the company that owns the Village by the Grange did not respond to repeated requests for an interview. 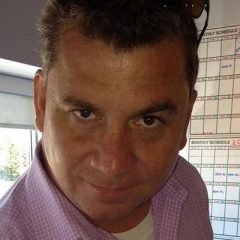