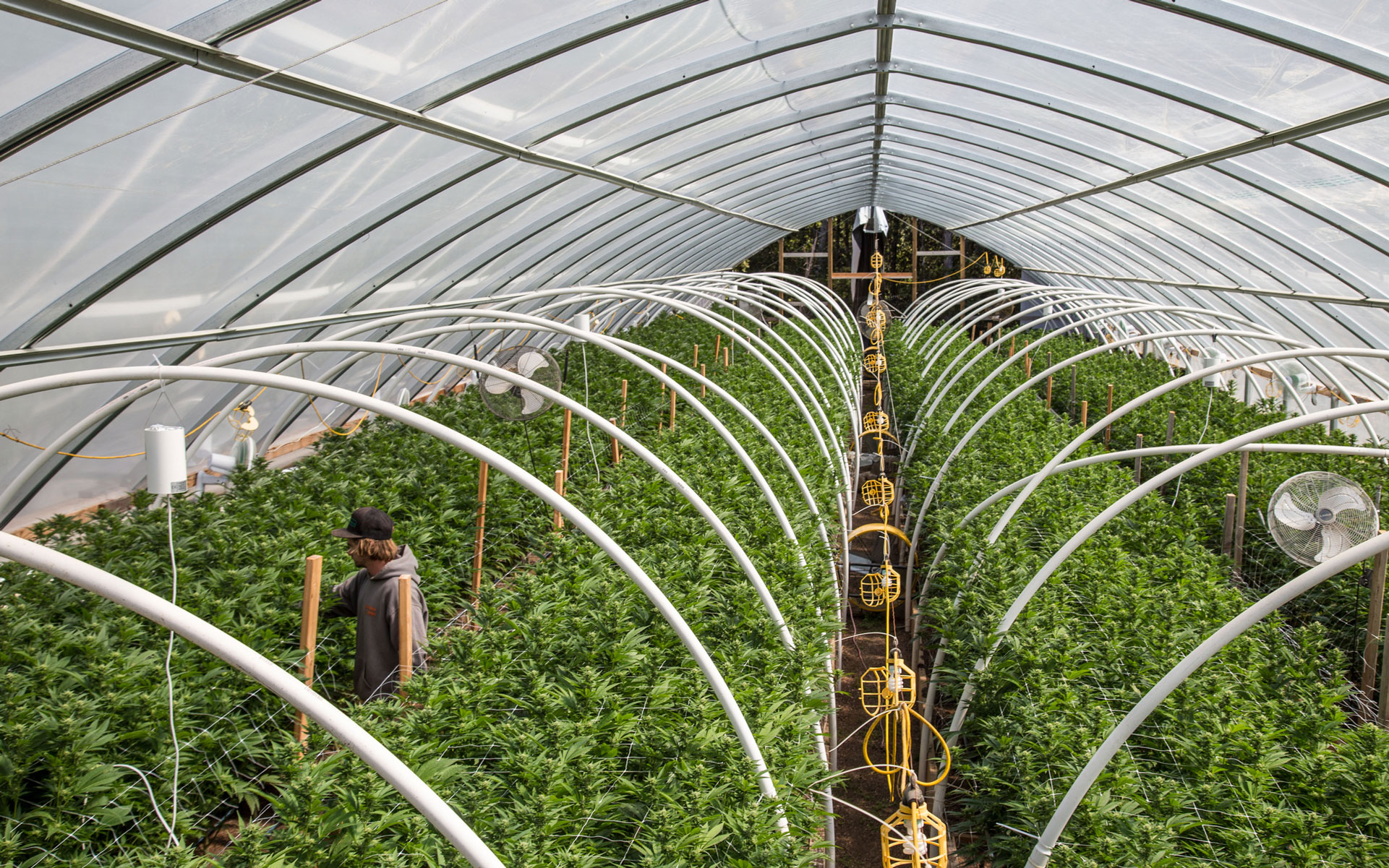 PELHAM, Ont. – David Ireland is frustrated by the “skunk smell” of cannabis that wafts down from two cannabis cultivation facilities roughly five kilometres away and lingers outside his home, even in the winter.

“On hot humid days, it’s worse because they have to vent more often… You wouldn’t be able to open your windows,” he said.

The town of Pelham, Ont., where Ireland lives—an hour away from Toronto, near Niagara Region wine country—has become a hotbed for legal commercial cannabis growers who have snapped up greenhouses and converted them from flowers and vegetables to the more lucrative crop.

“As a town we definitely like the jobs… If they can just meet a little bit more halfway on the emissions, light, and odour.”

There are now six licensed cannabis production operations in the community of 17,500 people, and one cannabis company that has expressed interest, according to Pelham Mayor Marvin Junkin.

And while the community is receptive to the jobs the companies bring, mounting complaints about odour and light pollution at night have prompted residents such as Ireland to form a group aimed at keeping the industry in check.

As a result, Pelham has banned any new cannabis cultivation facilities and existing ones are prohibited from expanding for one year, under an interim control bylaw put in place on Oct. 15 last year.

“Unfortunately, the ones that are here haven’t been the best of corporate citizens,” Junkin said.

“It’s a two-edge sword right now,” the mayor said. “As a town we definitely like the jobs… If they can just meet a little bit more halfway on the emissions, light, and odour.”

This tension in Pelham highlights the growing pains of the cannabis industry as Canadian cannabis players ramp up production to meet domestic and global demand while balancing the concerns of the communities where they operate.

The Green Organic Dutchman, based in Mississauga, Ont., has also faced resistance in Hamilton where it has a planned greenhouse expansion. Meanwhile, more than 30 Ontario municipalities have decided they do not want cannabis retail stores in their communities ahead of a Jan. 22 deadline.

The domestic cannabis industry has exploded in recent years in preparation for legalization of adult-use cannabis last fall.

The cannabis market in Canada, including medical, illegal, and legal recreational products is expected to generate up to $7.17 billion in total sales in 2019, according to a recent Deloitte report. Of that amount, legal sales are expected to contribute more than half, up to $4.34 billion, in the first year, Deloitte added.

Canada has emerged as the world leader in cannabis, with companies expanding their global reach as more countries around the world legalize the drug for medical use.

The result has been an economic bump in communities such as Leamington, Ont. and Smiths Falls, Ont., helping to fill a void left behind by factories that once produced Heinz Ketchup and Hershey chocolate, said Ryerson University business professor Brad Poulos.

“It’s had a huge impact, basically brought these communities back to life,” Poulos said.

There were 10,400 people employed in cannabis-related jobs in Canada in November, up 7,500 or 266% from a year earlier, according to Statistics Canada.

Meanwhile, demand for legal recreational cannabis since Oct. 17 across Canada continues to outstrip supply, with widespread shortages that provinces and territorial suppliers have warned may last for months.

The pushback against the industry in Pelham is a constraint on licensed producers such as CannTrust, hampering their ability to expand and cash in on the current supply crunch.

“Overall, we consider this to be a potential negative development as a delay in CannTrust’s ramp to full production would limit its ability to capitalize on the near-term under-supplied Canadian market,” said Bank of Montreal analyst Tamy Chen in a recent note to clients.

CannTrust opened a hydroponic facility in Pelham last June, which the company has said is capable of producing up to 50,000 kilograms of cannabis annually. The producer had also planned to expand the facility, in two phases, which would eventually increase its output to 100,000 kilograms.

The company has not yet received the needed permits for the latter phase of its expansion. CannTrust chief executive Peter Aceto said those permit applications were submitted before the Oct. 15 bylaw was passed.

However, Pelham’s director of community planning Barbara Weins said a sale transaction related to CannTrust’s planned expansion was not completed before Oct. 15 and therefore the permits could not be issued.

The company has taken “significant precautions” to control odour at its Pelham facility and it hasn’t received any smell complaints, Aceto said, but it has been contacted by the county about light pollution.

“It’s always been really important to us to be a good member of that community,” Aceto said. “So if there is something that is making people unhappy, we want to remedy it.”

In any case, CannTrust is exploring other options to expand its production capabilities, such as outdoor growing, acquiring a licensed producer or buying existing greenhouses in other parts of the country, he said.

CannTrust executives met with Pelham’s mayor on Friday and had a “productive” visit, according to Junkin.

Leviathan Cannabis Group had announced plans for a greenhouse in Pelham, and has made an exemption application to the town, said its chief executive Martin Doane.

The Toronto-based company, which is still awaiting its license from Health Canada, intends to build a sealed greenhouse with full shading to contain odour and light, he said. “Our company empathizes… We don’t want to be lumped in with these earlier-generation facilities.”

The light pollution, rather than the pungent aroma, is the most pressing concern, said long-time area resident Josh Miner.

“At night, it’s ridiculous… I can walk in my backyard and it’s bright as day,” he said.

Still, Miner recognizes the economic boost the industry brings and has positioned himself to benefit from it. His business Fenwick Pie Co. is near one of the cannabis cultivators in Pelham, and has seen an influx of customers as a result.

“People do need to realize that heavy industry is dead, or it’s on its way to dying. And if people need jobs—that’s a job,” Miner said. A pungent aroma is a common by-product of any industry, he adds.

“The way I look at it, we’ve been an agricultural area forever and I grew up near a chicken farm,” Miner said.

“So there’s a negative smell there as well, but nobody has stopped raising chickens.”