New research conducted at Harvard could disprove another major myth about cannabis fans.

A study published on Wednesday in the Human Reproduction medical journal found that male cannabis smokers might actually carry higher sperm counts and concentrations when compared to men who have never used the botanical drug.

“Those who had never used marijuana had 28 percent less potent semen.”

“Our findings were contrary to what we hypothesized at the start of the study,” study lead author Feiby Nassan, a postdoctoral research fellow at the Harvard T.H. Chan School of Public Health, said in a statement.

Researchers analyzed health surveys and semen samples from more than 650 men who were part of couples seeking treatment at the Massachusetts General Hospital Fertility Center between 2000 and 2017. The majority of the men participating had normal sperm counts, suggesting that other conception issues may have been the issue.

A survey found that 55 percent of men reported ever smoking marijuana in their lifetimes, and 11 percent said that they currently smoked marijuana.

Experts found that men who reported to have smoked marijuana had an average sperm concentration of 63 million sperm per milliliter of semen. Those who had never used marijuana were 28 percent less potent (48 million sperm/milliliter).

However, researchers also observed that people who stopped smoking tended to have slightly higher sperm counts than current pot smokers.

“We spent a good two months redoing everything, making sure that there wasn’t any error in the data,” said co-author Dr. Jorge Chavarro, an associate professor of nutrition and epidemiology at the Harvard T.H. Chan School of Public Health. “We were very, very surprised about this.”

One possible explanation could be that men who generally produce higher testosterone levels are more likely to use marijuana, rather than the implication that cannabis use itself affects sperm potency.

Despite the surprising results, experts say that much more research must be conducted before reaching a definitive conclusion.

“We could have found what we thought we were going to find, and maybe wouldn’t have been as surprised and would have ended up writing a very different paper,” said Chavarro. “But the fact that we showed the exact opposite forced us to look very, very deeply into the marijuana health effects literature. There is not that much. We are operating mostly on assumptions and good intentions and hunches.”

Do you think cannabis has hurt or helped your ability to conceive? Let the Leafly community know in the comments below! 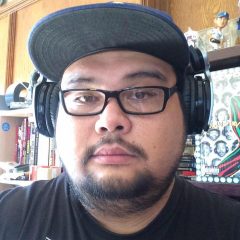