Cannabis & Spirituality: Nothing New Under the Sun

The cannabis plant’s use goes back thousands of years and spans many regions. In Ancient China, it was used for clothing, as fabric for burial chambers and even for bowstrings on weapons of war. Archaeologists have found pottery with hemp cord markings that date back to 10,000 BC.

Sacred Hindu texts dating as far back as 2000 BC designate cannabis as one of five sacred plants.

In China, some people began using cannabis for its purported medicinal purposes around 2700 BC when Emperor Shen-Nung, known as the Father of Chinese Medicine, searched for ways to produce medicine from various plants, including cannabis.

While cannabis was used for many purposes in Ancient China, its spiritual use began in India. Sacred Hindu texts dating as far back as 2000 BC designate cannabis as one of five sacred plants. These texts, called the Vedas, describe cannabis as having many benefits.

Religious ties to cannabis in India go back further than this though, as the Hindu god Shiva is often associated with the plant. According to legend, Shiva wandered into the fields after a fight with his family, became exhausted from the sun and rested underneath some cannabis plants. When he woke up, Shiva consumed the leaves of the plant and felt revitalized, leading to his frequent use of it for food and drink. For centuries, Indians have ingested cannabis as part of a drink made with boiled milk, nuts and spices or simply smoked it with a pipe.

By the late 1800s, the use of cannabis in India was so common that the British, who occupied the region at the time, asked the Indian government to create a commission to investigate the cultivation of hemp, drugs being made from the plant, trade, social impacts and to determine whether prohibition would work.

These researchers concluded that cannabis was relatively harmless when taken in moderation and advised against banning it. They noted that many Hindus used it for spiritual purposes and said prohibition would outrage religious leaders.

Cannabis use was not restricted to Asia in Ancient times. It was also popular in Europe. The Yamnaya tribe, nomadic herders from what is now Ukraine and Russia, was linked to cannabis consumption dating back thousands of years.

Around 500 AD, the Greek historian Herodotus wrote about Scythiansinhaling the fumes of cannabis to purify themselves after the death of their leaders. “The Scythians put the seeds of this hemp under the bags, upon the burning stones,” he wrote, “and immediately a more agreeable vapor is emitted than from the incense burnt in Greece.” 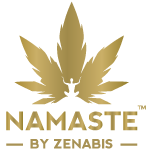