Canopy Growth Corporation announced on Thursday that it has acquired Storz & Bickel in a €145 million ($220 million CAD) deal.

The German company, maker of the Volcano, is globally recognized as a leader in the design and manufacturing of medically approved vaporizers.

Canopy has already kickstarted the development of advanced vaporizing devices ahead of the next wave of federally-regulated products in Canada. Leveraging Storz & Bickel‘s IP into the tech-heavy vaporizer designs already in progress will allow the Ontario-based cannabis company to introduce new products that“will set a new bar in terms of quality, functionality, and consumer safety” according to Popplewell.

The acquisition strengthens Canopy’s operations in Germany where the company imports medical cannabis to European markets including approximately 2,000 German pharmacies. 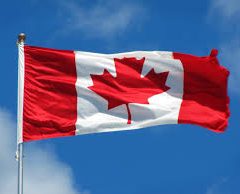