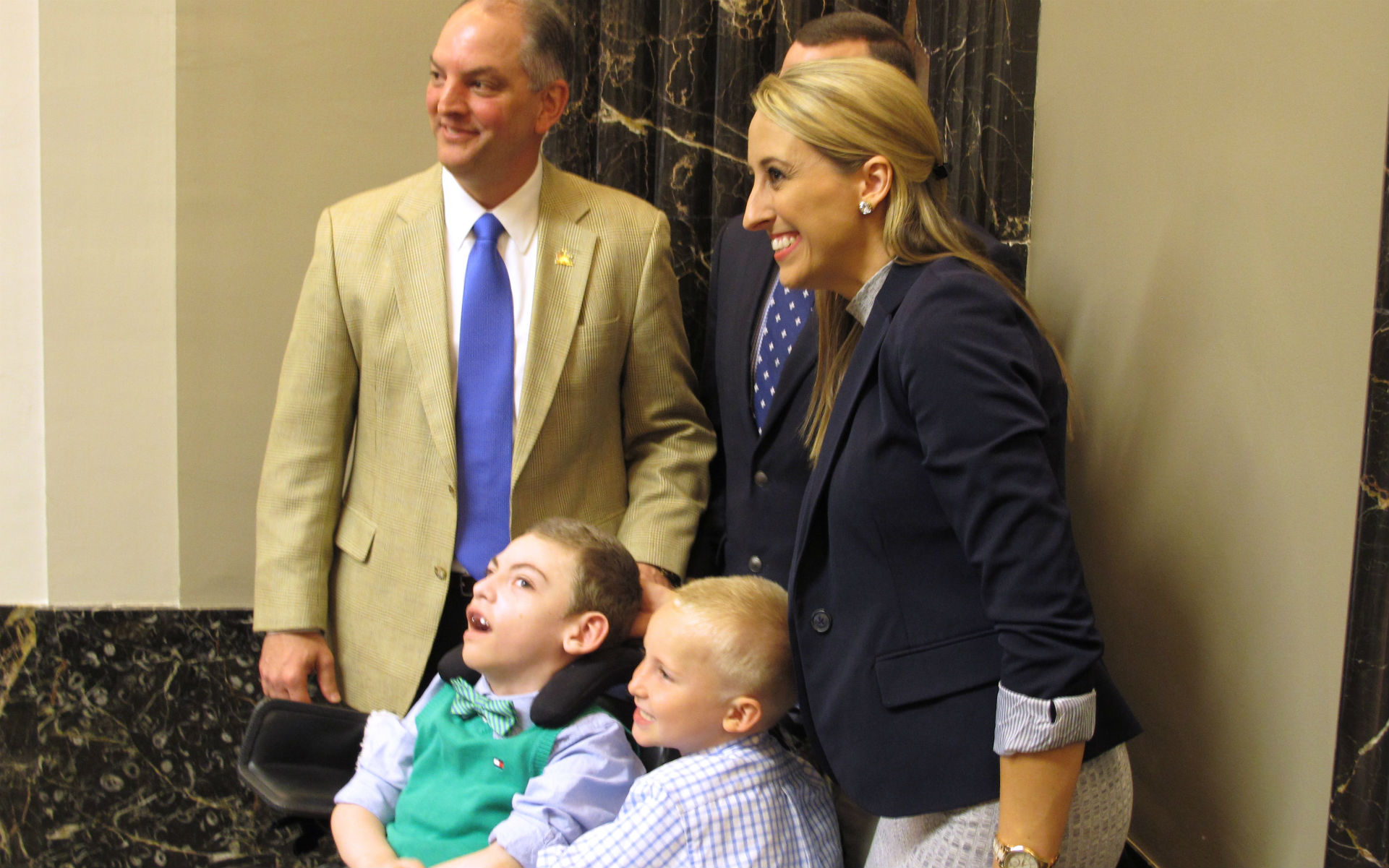 Previous estimates of when medical marijuana would be available have come and gone. As the state nears the four-year mark since creating the framework for dispensing therapeutic cannabis, the latest estimate for availability seems to be summer, maybe.

Katie Corkern lobbied lawmakers for years in support of medical marijuana, showing up during debates with her son in his wheelchair and pleading for a drug that his neurologist says could help control his seizures.

She told those gathered at the Louisiana Department of Agriculture and Forestry’s public meeting with the state-sanctioned growers, the universities overseeing the production facilities and other regulators that more than 1,300 days have elapsed since that law was passed in 2015.

Her son Connor, who attended Monday’s meeting with her, was 8 years old at the time. Today, he’s 12 — and she said he’s had 15 hospital stays in the interim, many of those for seizures.

“We’re waiting, and Connor doesn’t deserve this. Neither do the citizens that you all don’t get to see,” Corkern said.

Only the agricultural centers at LSU and Southern University are allowed to grow therapeutic cannabis. Southern’s grower, Ilera Holistic Healthcare, which hasn’t started growing its product, said it is hopeful product could be available by summer or early fall, but agriculture officials questioned if that was too optimistic.

“To give you a particular date, we’re unable to do that,” said John Davis, president of GB Sciences Louisiana. “There are so many different factors that are outside of our control.”

Several people who attended the meeting suggested the regulatory hurdles rested with the agriculture department, particularly the department’s decision to test the marijuana in-house and the pace of that testing.

Agriculture Commissioner Mike Strain said his agency has to ensure the product is safe, and he said he couldn’t find a private lab that could meet the state’s criteria. He said the department has “not spared any expense” to get the testing operation up and running. But some of his responses were met with audible sighs in the audience.

“We are doing all that we can as quick as we can,” Strain said. “Keep in mind, there are no clinical trials. We must make sure it’s as safe as it can be.”

Amy Hernandez, the agriculture department’s lab supervisor, said the first testing “did take longer than I expected,” but she said she doesn’t expect that with future testing.

Under a law passed in 2015 and tweaked since then, Louisiana is allowing medical marijuana to treat a long list of diseases and disorders, such as cancer, seizure disorders, epilepsy, glaucoma, post-traumatic stress disorder and Parkinson’s disease. Marijuana can be available in medicinal oils, pills, liquids and topical applications, but cannot be sold in a form to be smoked.

State regulators took years to set the rules, license the doctors and choose the pharmacies. But friction in particular seems to have emerged between GB Sciences and the agriculture department over the interpretation of its rules regulating marijuana production, slowing down regulatory paperwork and final production plans.

GB Sciences is operating in a temporary, smaller site until it receives approval to move into the main facility, and Davis said that has limited production. He said GB Sciences wants an unbreakable supply chain when it starts releasing medical marijuana products and doesn’t want to risk putting out a first batch of products without refills available.

Strain said a building inspection for the larger GB Sciences facility is planned for Wednesday.