Getting High With Grandma: Passing Joints Through Generations

Every cannabis user has a stoner bucket list of people they’d like to burn one with before death. For some, it’s legendary stoners like Willie Nelson or Snoop Dogg. For others, it’s legendary public figures like Barack Obama or Kermit the Frog. For me, it’s the legendary family member that is my grandma.

And guess what? IT FINALLY HAPPENED.

Spark one up with your favorite people. Find dispensaries nearby.

The mother of my mother has been a cannabis user for as long as I can remember. I can still smell her bathroom, which was her chosen smoking venue of whenever the kids were around. When I started smoking in college, I made it a true goal of mine to smoke with my grandma one day.

If you ever have the chance to toke up with an elder member of your family, do that shit. It’ll be a memory you cherish forever.

However, in times where the opportunity arose, I was still too scared to bring the request to her front door. Something about telling the elders in your family that you like to get high—even though they do too—is pretty nerve-wracking.

Recently, I was with family in Las Vegas for my great uncle’s 50th birthday, and guess who was there? Yup, my grandma. Knowing for weeks that this trip was coming, I decided that it was now or never. Before meeting up with the whole family, I hit Reef Dispensaries (with my mom, actually) and scooped up a pre-roll of Sherbert. It was some gas.

Find Sherbert Near You

I head to my cousin’s house and try to scope out an opportunity to shoot my shot. It doesn’t come, but an opportunity to smoke with my uncle presents itself. He knows I smoke, so when he needs to make a store run for paper plates, he tells me to ride with him. I already know what’s going down.

We hotbox his Altima and go back inside.

Rolling With the Afterparty

As the night comes to a close, my family packs into the car and the first thing my grandma says is, “it smells like weed in here. Myron (uncle), you smoke weed in here?” He laughs, which prompts her to ask, “well shit, can I have some?”

Immediately, I knew this was my chance to achieve one of my greatest goals. I reach into my pocket and pull out the rest of the joint that my uncle and I put out, toss a flame to it, hit it a couple times, then pass it back to the mother of my mother. Grandma wasn’t ready for the gas that ya boy was bringing to the table, she coughed harder than I had ever seen before. She hits it a couple times and suddenly, I’m in a joint circle with my uncle and my grandma, whilst my parents sit right there next to us. It was the most beautiful bonding experience I’ve ever had.

Incredible. Smoking with your grandma is an experience that’d blow any stoner’s mind. It instantly brings you closer since you find that even though you’re still her little baby, grandma now views you as an adult.

In addition to the bonding experience birthed from mutual respect, it’s also a learning experience. For me, I learned that through all these years, my grandma has been smoking mid. If she was smoking gas, she wouldn’t have almost coughed up both of her lungs. There was a period of her coughing where I legit was like, “yo, is my grandma about to cough herself into an early demise?” Was the high caliber of cannabis that I presented about to cause my grandma serious health issues? It truly was a mind-blowing experience, as well as a point of personal growth.

I got out of that Altima feeling like a whole new man … feeling like a king. So what was smoking with my grandma like? Everything I dreamed and more. If you ever have the chance to toke up with an elder member of your family, do that shit. It’ll be a memory you cherish forever. 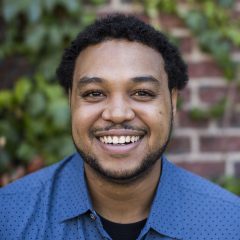