Hey, who pre-licked my pre-roll? A cautionary tale in the time of COVID-19 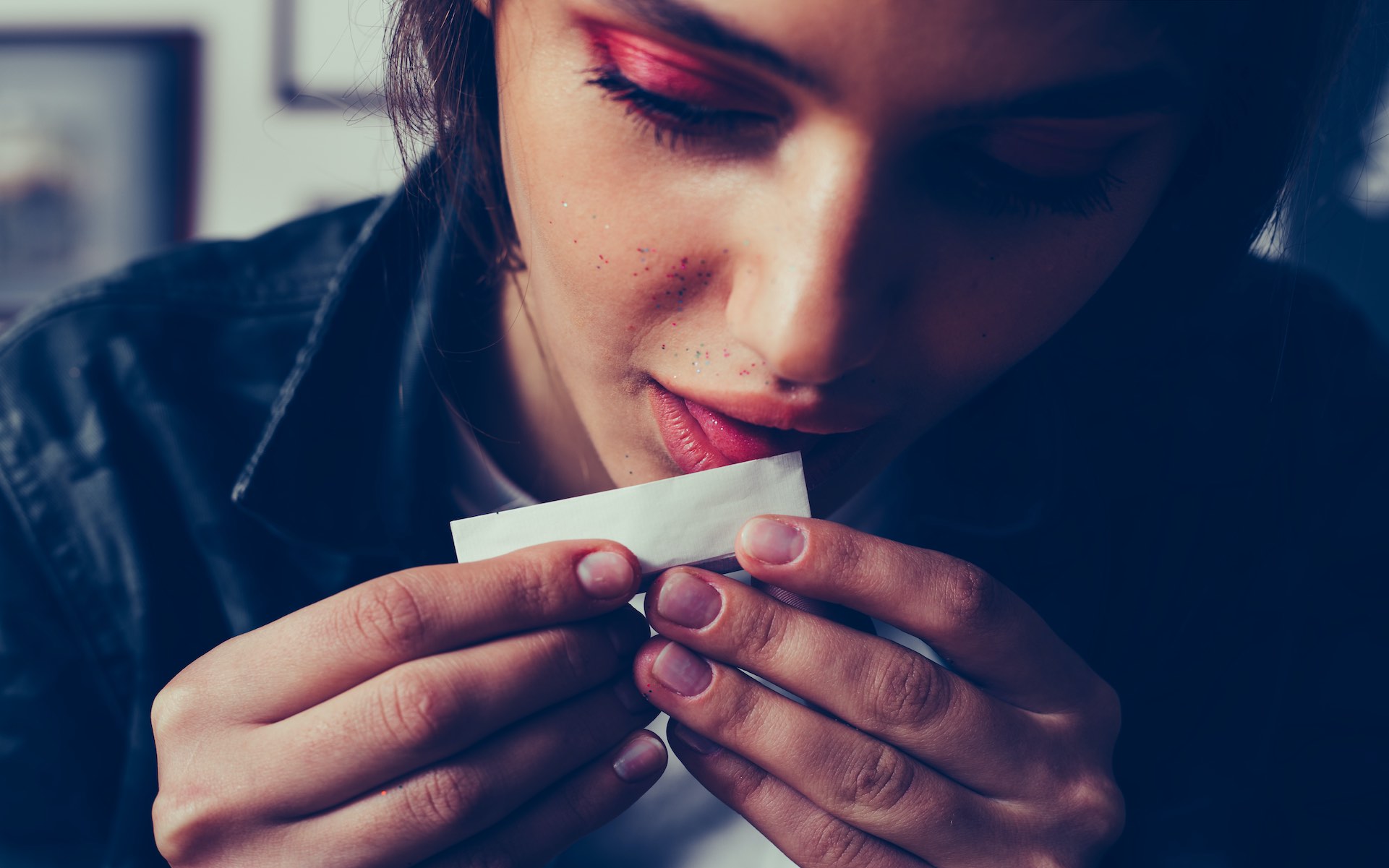 When it comes to weed, a lot of veteran cannabis enthusiasts still take pride in their old-school traditions. But a product recall announced earlier this month in Michigan suggests that a worker at a licensed cannabis company might have abused one of those traditions—or for a moment forgot where they were.

A worker at a Michigan pre-roll facility thought it was a good idea to lick each joint closed. State regulators shut the whole factory down.

On August 6, Michigan’s Marijuana Regulatory Agency (MRA), part of the Department of Licensing and Regulatory Affairs (LARA), announced the recall of more than 3,000 pre-rolled joints manufactured at a facility in Bay City, MI, and “dispersed to many marijuana sales locations” across the state. Many of the pre-rolls affected by the recall were sold under the Hyman Cannabis brand.

According to an additional LARA press release, the agency’s investigation began in late July, after MRA officials received information than an individual at the Bay City facility “licked a pre-roll marijuana product while making the product.”

The company involved, 3843 Euclid LLC, voluntarily halted all of its processing facilities.

When asked for more information about the incident, state officials told Leafly they could not comment on a pending investigation.

Others in the industry, however, were not at all reluctant to express their thoughts on the matter.

“I think it’s disgusting,” said Chris Hill, a veteran cannabis paraphernalia manufacturer and president of Rocky Mountain Papers, a Michigan-based producer of custom rolling papers. His company, he told Leafly, can produce up to 100,000 pre-rolled cones, or about 1.3 million rolling papers, per day depending on demand.

Dispensary workers interviewed by Leafly were somewhat bewildered that a cannabis processing professional would do something as boneheaded as lick a pre-roll—especially during the coronavirus pandemic.

“Michigan is new [to cannabis legalization] and maybe they didn’t know, but I can’t imagine that,” said Skye, manager of The Healing House dispensary in Denver. “You do that for home use but not in shops.  Maybe somebody forgot where they were.”

Skye noted that pre-rolls are “like an envelope, sticky when they get moist. Somebody would honestly have to lick the whole edge of the paper and then seal it. Normally somebody [in a professional cannabis processing facility] would use something like a moist paintbrush to seal it.”

‘I don’t want anyone handling our papers’

Paper maker Chris Hill imagined that the potential for bacterial transmission from someone licking pre-rolls could be relatively high, and he wasn’t at all coy about his outrage that such an event happened at a legal processing facility.

His operation, he said, goes out of its way to keep their papers and pre-rolls as free as possible from contamination. “I don’t want anyone handling our papers,” Hill said. “Our people wear gloves.”

His company uses unbleached paper. Their pre-rolled cones are created by placing a small adhesive strip of “vegan gum arabic from the acacia tree,” moistened with distilled water, on the paper. The pre-roll cones are filled and their tops are sealed closed by individual marijuana companies.

Some big cannabis dispensaries, meanwhile, were quick to underscore their own health and safety standards in the wake of the Michigan story.

“Employee and consumer safety is paramount to us and in Colorado we have high public health and safety standards both in our rules and adopted into our SOPs at the company level,” Shannon Fender, PR director at Native Roots, one of the largest cannabis dispensary chains in Colorado, said in an email to Leafly. Fender added that incidents like the one in Michigan are “fortunately few and far between.”

“The grinded bud is then filled into a pre-glued, pre-rolled cone,” she added. “In the final step, a team member twists the top of the cone and cuts off excess paper. It is then placed in a tube, labeled, and prepared for distribution to one of our twenty Colorado retail locations.”

Team members, Fender added, always use sterilized tools and clean gloves during each of those steps. “It is a best practice in the regulated industry to use pre-sealed, pre-rolled cones for joints,” she said, “not for team members to be personally sealing or rolling cones themselves.”

Fender said her company also has a full-time, in-house environmental health and safety manager, who oversees operations across the organization.

Preventing contamination, human or otherwise, has long been an issue in the legal marijuana industry. States with legal marijuana industries are constantly concerned about intervention from the federal government, which still views marijuana as a Schedule One drug. Those states have been working hard for years to ensure their cannabis products remain clean and safe, in part to avoid scandal and unwanted scrutiny from both the federal government and cannabis legalization opponents.

Colorado was one of the first states to legalize adult-use cannabis. Its Marijuana Enforcement Division (MED) has a very detailed Regulated Marijuana Code  that addresses a wide variety of health and safety regulations; including dozens of rules meant to prevent contamination, from seed to sale, at cannabis facilities in the state.

Stepped-up safety protocols due to COVID-19

In an email to Leafy, the MED spokesperson also pointed out that ongoing concerns over the COVID-19 pandemic have prompted Colorado to issue emergency rules at licensed cannabis premises, meant to limit potential transmission of the virus. Those emergency rules include:

Native Roots’ Shannon Fender said her company was also working with Colorado officials during “each phase” of the state’s COVID response, to develop best practices that have allowed the company to continue its operations even as the pandemic spread.

For example, she said, “we have staggered shifts to minimize employee interactions, expanded or created new work spaces across different areas of the building to ensure physical distancing between employees, as well as carefully monitor and symptom check every individual that enters our facility.”

Chris Hill of Rocky Mountain Papers believes that most cannabis businesses in cannabis-legal states go above and beyond most state regulations when it comes to cleanliness and to avoiding contamination.

“The rules that were laid down, we always thought it was overkill with this product,” he said. “But now it’s kind of a nice thing that all these standards and rules and regulations…are in place because of the coronavirus.”

He had some straightforward advice for consumers who might be concerned—or grossed-out—by the Michigan story and worried about cannabis use in the age of COVID-19:  “Use common sense,” he said, “and don’t share joints.”