History made: US House of Representatives votes to end federal marijuana prohibition

In a historic vote more than 80 years in the making, the House of Representatives this afternoon approved the MORE Act, a bill that would end the federal prohibition of cannabis.

The House voted to end federal prohibition of cannabis, but the Senate is expected to block the measure.

The bill passed by a vote of 222-163 as of 12:53pm—there are 46 members whose votes have not been registered, but their votes would not be enough to defeat the bill.

This is the first significant Congressional action on marijuana since the passage of the Marihuana Tax Act of 1937, which federally criminalized all aspect of cannabis production, sale, and possession.

The MORE Act will now move to the Senate, where it’s widely expected to be blocked by Senate Majority Leader Mitch McConnell (R-KY).

McConnell likely to block in the Senate

McConnell has made his strident opposition to cannabis legalization widely known, even though many members of his party support it. A majority of Republican voters, according to recent polls, also support legalization.

Moving into 2021, a change in party control of the Senate could speed the final passage of the MORE Act—but it’s by no means assured.

7 red, white, and blue strains to celebrate the 4th of July

Here’s what would change

To recap what’s actually in the MORE Act, the bill would:

Colorful debate prior to the vote

Members of the House debated the bill for about an hour prior to a delayed vote on Friday. Rep. Sheila Jackson Lee (D-TX) led the advocates, while Rep. Jim Jordan (R-OH) led the opposition. The debate contained few new arguments for or against legalization, but it did serve as a helpful snapshot showing what each side believes are its most compelling talking points.

Lee and colleagues who have been advocating on this issue for many years—including Rep. Barbara Lee (D-CA) and Rep. Earl Blumenauer (D-OR)—led with social justice arguments, noting that the war on drugs, and the criminalization of cannabis, has devastated people and communities of color for decades.

‘Federal government has lied about marijuana’

Rep. Matt Gaetz, one of the few Republicans to stand in favor of legalization, observed that “the federal government has lied to the people of America about marijuana for a generation.”

Meanwhile, Jordan and his fellow prohibitionists rolled out a greatest hits parade of long-debunked fears about gateway drugs, underage access, and drugged driving.

Rep. Greg Murphy, a Republican Congressman from North Carolina, put up a patchwork of erroneous arguments early on, protesting that the MORE Act “disrespects states rights” and “allows for the potential for marijuana revenue to fund criminal operations and cartels.” Legalization, which began as an assertion of states rights, in fact takes violent drug cartels out of the marijuana business.

Others voiced fears about underage access to marijuana and drugged driving. Jordan and other Republicans spent much of their time attempting to shame Democrats for spending time on a marijuana bill rather than helping Americans survive the Covid pandemic. Republican leaders, in fact, have refused to act on a Covid relief package for many months.

Watching the vote come in

The actual vote on the bill, which happened around 12:30pm Eastern this afternoon, had most of the cannabis world riveted to their screens. People were watching C-SPAN for the first time in their lives.

Reactions from the cannabis world

California NORML Deputy Director Ellen Komp’s first event was a hemp rally in Los Angeles in 1991, on the 200th anniversary of the Bill of Rights. Nearly 30 years later, she witnessed a moment of change that was just a dream back then.

“It’s a historic day, a historic week,” Komp told Leafly on Friday. “It’s totally in line with the will of the people. It’s a good day. It feels good.”

“If I had a dollar for every person who told me marijuana was never going to be legal in this country, I could have the party of the century,” she added. “I’m still looking forward to having that party some day soon when we can have parties again.”

NORML Political Director Justin Strekal has been lobbying in the halls of the Capitol building for years. He said: “By establishing this new trajectory for federal policy, we expect that more states will revisit and amend the archaic criminalization of cannabis, establish regulated consumer marketplaces, and direct law enforcement to cease the practice of arresting over half a million Americans annually for marijuana-related violations—arrests which disproportionately fall upon those on people of color and those on the lower end of the economic spectrum.”

What next? It’s a long game

This session of Congress is scheduled to adjourn on Thursday, Dec. 10, 2020.

The NAACP has this helpful primer on Congressional bills; it’s a little more detailed than the Schoolhouse Rock version. Note that “once a Congress adjourns at the end of its two-year cycle, all bills that have been introduced in either the House or the Senate that have not made it through the entire legislative process and signed into law are dead.”

So if the Senate does not pass the MORE Act by Dec. 10, this version of the Act will die.

This is normal. Bills like this often take years to pass. At the start of the 117th Congress in January 2020, bills that were not adopted during the 116th Congress will need to be re-introduced and voted on again. That will likely happen with the MORE Act. 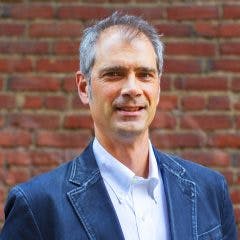 6 comments on “History made: US House of Representatives votes to end federal marijuana prohibition”