In a crushing blow to patients across Nebraska, the state’s supreme court today issued a ruling that will effectively knock the Nebraska Medical Cannabis Constitutional Amendment, the voter initiative to legalize medical cannabis, off the Nov. 3 ballot.

The court’s ruling came after legalization opponents argued that the initiative “causes confusion” and violates a state law that limits any initiative to a single issue. Using medical marijuana and producing it for sale, they argued, are two separate issues.

The decision marks the end of an otherwise triumphant campaign that garnered overwhelming support across the Cornhusker State.

Medical marijuana advocates were shocked and angered by the decision.

“Our opponents are cowards,” said Matthew Schweich, deputy director of the Marijuana Policy Project, in a statement. “This is an outrageous and deeply flawed decision by a group of activist judges. This ruling means that sick and suffering medical marijuana patients, including veterans, will continue to be criminals in Nebraska when they try to live healthier lives.”

A Question Over the ‘Single-Subject’ Rule

Wagner and his lawyer, Mark Fahleson, the former Chairman of the Nebraska Republican Party, made the case that the medical marijuana initiative violated the state’s ‘single-subject’ rule, which requires any ballot measures to adhere to a single subject. They argued, in effect, that using medical cannabis and producing it were two separate subjects.

Prior to the court’s decision, Secretary of State Bob Evnen (R) had certified the measure, implying that using and producing medical cannabis were in fact a single subject. He referred to his decision, however, as a “close call.”

In their ruling, the court sided with Wagner, writing that “[the initiative’s] general subject and various other provisions lack any natural and necessary connection with each other. We agree.”

In their dissenting opinion, Justices Jonathan Papik and Lindsey Miller-Lerman began by stating the obvious: you can’t consume cannabis if you don’t have any to consume.

“A right of individuals to use cannabis for medicinal purposes is meaningful only if individuals can access cannabis,” Judge Papik wrote. “Some means of access is naturally and necessarily related to use.”

But Papik and Miller-Lerman didn’t stop there: they went on to argue that overturning the initiative threatened the foundational role of the people’s voice in shaping democracy; in this case the nearly 200,000 Nebraskans from across the state who signed in favor of putting the initiative on the ballot, in the midst of the coronavirus pandemic.

“I am concerned that today’s decision has squeezed the concept of single subject…such that the people’s right to initiative has been diminished,” Papik wrote.

Activists are Heartbroken, but Already Plotting a Path Forward

The court’s decision triggered an immediate outpouring of grief and anger among activists and supporters.

“Like all of you, we are absolutely devastated by the Supreme Court ruling,” Nebraskans for Medical Marijuana wrote on their Facebook page.

Yet the campaign also hinted at a potential path forward in a separate post. State Senator Anna Wishart (D), a co-sponsor of the initiative, may craft new legislation when the legislature returns in January if she is reelected this November.

“This fight is not over,” the organization wrote. “Nothing changes the fact that an overwhelming majority of Nebraskans stand with the patients and families who deserve compassion and safe access to medical cannabis. 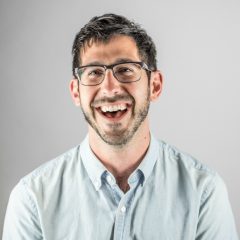