SAN FRANCISCO (AP) — California regulators on Friday said cannabis deliveries can be made anywhere in the state, even in locales that ban the industry.

Law enforcement groups and the California League of Cities opposed the move, arguing that deliveries to places that ban cannabis erodes local government control and will increase crime in those areas.

The matter has been one of the most debated issues as state regulators hammer out permanent rules for how marijuana is grown, tested, packaged and delivered.

The delivery issue was included in regulations drafted by the Bureau of Cannabis Control, which issues most retail permits. The rules will become law in 30 days unless California’s Office of Administrative Law objects. The dispute could end up in court.

The bureau has maintained that Proposition 64 allows for statewide deliveries. It added explicit language authorizing the practice after several law enforcement officials in anti-pot locales insisted they could arrest licensed deliver drivers in cities and counties that ban marijuana.

“Regulated marijuana dispensaries have tough security, checks for identity and legal age and strictly licensed workers,” council executive director James Araby said in a statement. “If marijuana can be delivered anywhere with virtually no regulation, California will lose these safeguards.”

League of Cities spokeswoman Adrienne Sprenger said the agency was waiting to see if the Office of Administrative Law approves the proposal before deciding its next step.

Supporters of statewide deliveries argued that sick and frail people in those areas who depend on marijuana to relieve pain or anxiety cannot make a lengthy drive for a purchase, so they are being shut out of the legal market.

The proposal also included a ban on permit holders partnering with unlicensed operators, which industry supporters said will stifle growth.

The bureau in its comments explaining the added rule said it’s concerned about such partnerships doing business in the black market.

California Cannabis Industry Association spokesman Josh Drayton said most California cities and counties have exerted local control and don’t allow marijuana, making it impossible for a business such as a beverage maker or nutritional supplement manufacturer to partner with a legal marijuana operator.

He said the bureau’s stand against unlicensed operators went too far and will hurt the nascent industry by unintentionally preventing such things as non-licensed celebrities endorsing products and other deals not directly involving marijuana.

“The industry has slowed down enough already without this added hurdle,” Drayton said.

The California Department of Food and Agriculture, which regulates farmers, also released its draft regulations which would continue to allow farmers to receive an unlimited number of permits to grow cannabis. 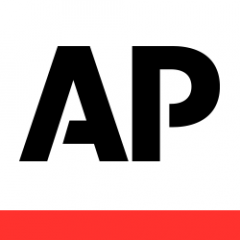