It was hardly a ringing endorsement, but Rhode Island Gov. Gina Raimondo has officially proposed an end to cannabis prohibition in the Ocean State.

“I have resisted this for the four years I’ve been governor. Now, however, things have changed.”

Raimondo, a Democrat, told the Providence Journal last week that she has introduced a plan to create one of the most regulated cannabis markets in the US. It’s included in her proposed state budget for the upcoming fiscal year.

“I will say, I do this with reluctance,” she told the paper in an article published Sunday. “I have resisted this for the four years I’ve been governor. … Now, however, things have changed.”

In the past three years, three Northeastern states—Vermont, Maine, and Massachusetts—have legalized cannabis for adult-use. The East Coast’s first legal stores opened in Massachusetts in October and have drawn customers from across the region. Now other states, including Connecticut, New Jersey, and New York, are considering following suit.

While cannabis can’t legally be carried across state lines, Raimondo said the effects of legalization are being felt across New England.

Rhode Island is “not an island, in fact,” she said. “Like it or not, we’re going to be incurring public safety and public health expenses because it’s legal in Massachusetts. … And I think it is time for us to put together our own regulatory and taxing framework.”

Raimondo’s proposed cannabis system would come with some significant restrictions. Home cultivation would be banned, along with high-potency cannabis products such as concentrates, sometimes called “dabs”. Individual serving sizes for edibles would be capped at five milligrams of THC, half the limit of most legal states.

Cannabis sales would be taxed at 17%, with additional taxes on cultivators for every ounce of cannabis produced. The state projects the taxes would bring in $14.3 million in revenue by the end of fiscal 2020.

Of that revenue, 60% would go to the state’s general fund. Another 25% would go to state agencies for things such as public-awareness campaigns, product testing, law enforcement, and business administration. And the final 15% would be split among Rhode Island’s 39 cities and towns. Municipalities that host retail cannabis stores would get a bigger cut of the money than those that ban the shops.

According to Kevin Gallagher, Raimondo’s deputy chief of staff, the state anticipates a $6.5 million net profit at the end of the program’s first year, though he downplayed the importance of tax revenue as a motivating factor for the governor. “We’re not doing this for the revenue,” he told the Providence Journal.

Rhode Island @GovRaimondo constantly says that legalizing marijuana isn’t about the tax revenue, but her plan would ban people from growing their own cannabis at home and instead force them to buy it at stores and boost tax coffers in the process. 🤔https://t.co/sFV6uOUrTc
— Tom Angell 🌳📰 (@tomangell) January 14, 2019

Some observers, however, have pointed out that the restriction on homegrow would force consumers to obtain cannabis through a taxed, commercial market. Critics of homegrow say allowing home cultivation can lead to illegal sales or diversion out of the state.

Raimondo has also reportedly proposed restrictions on personal cultivation even among medical patients, who often rely on homegrow allowances to ensure they have an adequate supply of medicine or access to specific strains that best treat their conditions.

Find the Right Strain for You

In exchange for the limit on homegrow, the state would increase the number of medical cannabis centers from three to nine.

More: @GovRaimondo is proposing 6 more *medical* marijuana compassion centers (for a total of 9) while also proposing to restrict medical home-growing, which is currently allowed

Raimondo’s plan disappointed some cannabis reform advocates by failing to mention how past cannabis-related convictions would be handled. Many legal states give individuals an opportunity to erase older convictions, which can create housing, employment, and other obstacles.

In an email to supporters last week, Matthew Schweich, deputy director for the Marijuana Policy Project, urged Rhode Islanders to put pressure on legislators to keep moving forward. “We’ve been building momentum for legalization in Rhode Island for years, and I have a good feeling about this legislative session.”

But legalization isn’t across the finish line just yet, he noted: “Lawmakers are unlikely to act without pressure from us, their constituents.” 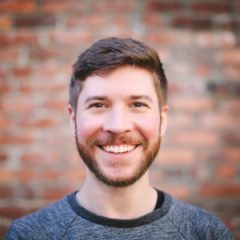