Voters have the power to end the federal war on weed this election, Sen. Chuck Schumer said in a recent exclusive interview with Leafly. But only a Democrat-controlled House, Senate, and White House will do it.

Speaking late last week, Sen. Schumer urged Leafly readers to vote for a Democratic senator in their home state to flip the Senate blue, and ensure one of several pending legalization bills gets to the White House.

“I am fervently committed to getting [legalization] done.”

Senate Majority Leader Mitch McConnell (R-KY), is “totally opposed” to legalization, Schumer said. McConnell remains the main obstacle standing in the way of federal reform. “It’s like night and day, the difference between the two parties on the issue of marijuana.”

Leafly: What will voters see happen on Capitol Hill regarding marijuana this week?

Sen. Chuck Schumer: We’re at a remarkable moment. The House will put forth its bill to decriminalize and legalize marijuana and it will pass, and I think it will end up getting some bipartisan support.

In the Senate, I am the sponsor of the Marijuana Freedom and Opportunity Act, and our bill does many of the same things. It deschedules marijuana—which is now Schedule 1—which is to the point of absurdity to say marijuana is more dangerous than crack cocaine. It’s crazy. So we decriminalize it, we deschedule it, and we incentivize and invest in states and local governments to create expungement programs.

“It’s like night and day—the differences between the two parties on the issue of marijuana.”

It is so frustrating to hear the stories of people—young men, men of color, some women—who were arrested for a small amount of marijuana in their pocket, and how their criminal record ruins their lives. They can’t get good jobs or do many other things. So we invest in state and local expungement and record-sealing programs.

Third, we invest in women and minority-owned businesses. It was the minority community that paid the price of the unfair laws on marijuana and we don’t want to just see the big boys come in and take over. So we do a lot to encourage smaller and minority and women-owned businesses to do it.

We also invest in research so particularly we understand the effect of THC on driving and in public health. As you know, we should better understand the efficacy of THC, because it’s so helpful in so many ailments. It has positive effects on the brain in many instances … so that’s what our bill does.

Pew Research finds 66% of voters support legalization. Which party will do their will?

Schumer: [Republican Senate Majority Leader Mitch] McConnell has said he will never bring any marijuana bill to the floor of the Senate. And you know the majority leader in the Senate has complete power to determine what bills he or she might bring to the floor. My commitment is that if I am leader, I am going to do everything I can to put the Marijuana Freedom and Opportunity Act on the floor of the Senate. The odds are very high it will pass.

And with the House passing its bill, we’ll have finally made real progress on one of the great unfairnesses in American society.

Which party—Republicans or Democrats—will deliver more to legalization voters in the Senate and House?

Schumer: It’s not even close. The Republicans are totally opposed to decriminalization of marijuana and the vast majority of Democrats are for it. I’ve gotten broad support in my caucus for the bill I’m going to introduce. And I will work hard to get it passed. That’s my commitment. So it really makes a different to make have a Democratic Senate because if we don’t, McConnell will not allow me to.

Do Democrats need the House, Senate, and White House control to pass legalization?

Schumer: Yes, they would. They’d certainly have to control the House. The House will pass Congressman Nadler’s bill next week and I think it’ll have a good, solid majority vote. But you need the President to sign it into law as well, so electing a Democratic President would be important, too. The Democrats are far more favorable to decriminalization and the expungement for records, the investment in minority and women-owned business.

It’s like night and day—the differences between the two parties on the issue of marijuana. It’s night and day.

What do you say to young people who say, ‘My vote doesn’t count?’ or ‘Why should I pick the lesser of two evils?’

Schumer: On the issue of marijuana—it’s clear that if you elect a Democratic Senate and President and a Democratic House, we will make great progress. If you don’t vote and allow Republicans to control things, the only thing you’ll be able to do is complain about how unfair the laws are. And that’ll be right, but why wouldn’t you do something to change it?

Can you expound on the local role voters can do—like voting for their next sheriff, or city council people who decide local bans, or support local decriminalization.

Schumer: Yes, well, as you noted, 66% of the American people are now for legalization, and a bunch of things have happened.

First, we have the found the medical benefits of marijuana that weren’t quite apparent at least in terms of science.

But even more important—some state and localities have legalized and/or decriminalized, and all the horror stories people told about what’s going to happen—crime would go up, kids would graduate to the worst kinds of drugs—none of that happened.

So the American people see this and anything we can do at the local level will help.

But far away the best thing to do would be to have a national law and then we would not have the federal government coming in and trying to enforce in localities even if they decided to do decriminalization or legalization.

Can you briefly summarize your marijuana record and evolution? You helped craft the 1994 Crime Bill ran as a law-and-order Democrat in 1998.

Schumer: It hit me once I studied what happened in Colorado. I said, ‘Why not? We believe in freedom. The harm is minimal. The benefit is large. Let’s do it.’

So watching in the states, and in medicine where I know people whose pain has been greatly eased by medical marijuana.

I said, ‘It’s an issue I always probably agreed that it should be decriminalized but, now we have the chance to act and actually get something done.’

This is not just on a check list. This is something I very much want to get done. It would make the country a fairer, safer place.

Schumer: The country has changed—66% as you mention of the American people are now for legalization and decriminalization. That’s huge. Two-thirds of America was probably against it in the ‘90s.

And what happened was people—they started looking at reality. And when a few states had the courage to do it on their own and all the horror stories did not come to pass, I think it convinced a whole lot of people.

And when people saw an actual real experiment in the states, they changed their minds. The states have been the labs of democracy and we’ve had our labs experiment. They proved that legalization is the right thing to do. So let’s do it for the whole country.

The Democratic Party declined to add legalization as a party plank this year. I gather Democrats are not monolithic on this topic.

Schumer: We’re probably not a monolith, but I can tell you the vast majority of Congressmen in the House and Senate who are Democrats are for decriminalization and I believe that if I had to the opportunity as majority leader to put a bill on the floor of the Senate it would pass and we will see next week.

I’m just excited the House is doing this thing. I’m excited because I think it’ll have a good vote and pass. But it won’t pass the Senate.

You have a great readership who needs to know: If McConnell stays as leader of the Senate, nothing will happen. He has pledged that. He’s right-wing on this issue. On most issues. So the only thing you can do is in every state, vote for a Democratic Senator.

In the ‘30s, New Deal Democrats who criminalized the personal health choice of using cannabis. Can Democrats be too paternalistic?

And once you have a check on your criminal record that you violated a statute— particularly one as ridiculous marijuana as a Schedule 1 drug offense—you can almost never recover, so I think Democrats did make mistakes in the past, but the vast majority have learned their lessons.

There are several flavors of legalization on Capitol Hill. The MORE Act is the most far-reaching, all the way through the STATES Act and SAFE Banking Act. Which you go for a halfway measure, or make the perfect the enemy of the good?

Schumer: I think we can pass something much closer to perfect, I don’t want to do just something.

I mean, to just say, ‘Let the bankers go ahead and do it.’ What are we talking about? What about all the people who have been harmed? And it doesn’t deal with the biggest barrier we have this drug’s amazing and ridiculous Schedule 1 status. That was done at the time to scare people. It was actually racist. It was done by [President] Nixon to scare people about Hispanics coming into the country.

Will you give us a call again and let us know how it goes?

Schumer: I will. I am fervently committed to getting this done. 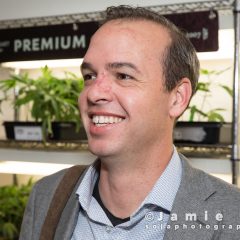